Late to bed, early to rise, work like hell, and advertise.

— Wernher Von Braun, a saying he kept on his desk. He was not going to repeat the mistakes of other rocket pioneers who shunned publicity. 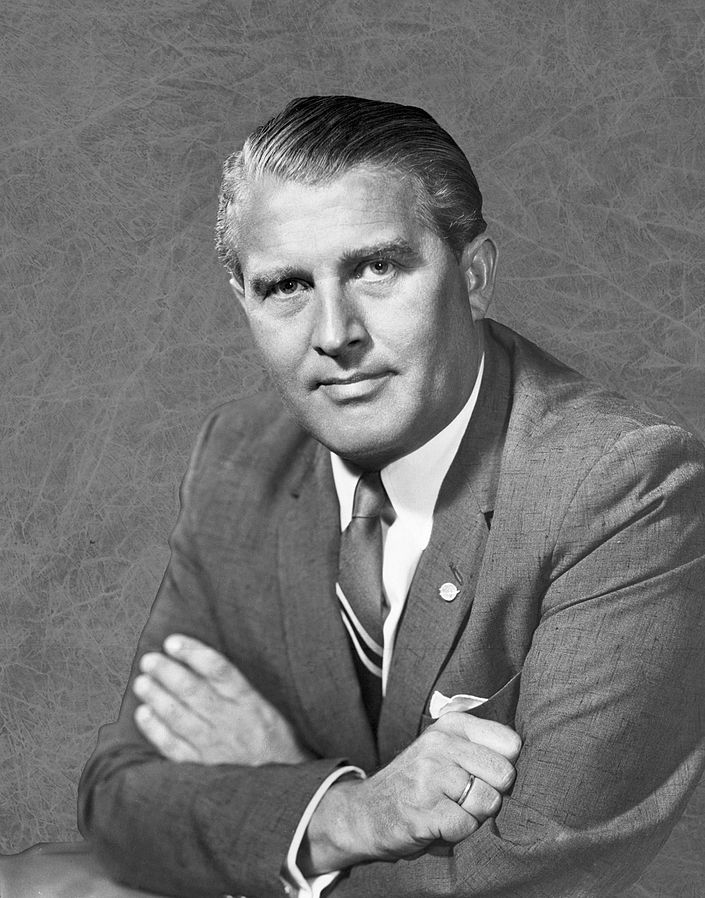 I have been reading about Wernher von Braun's work with Disney on popularizing the idea of spaceflight with the public. He was a genius at marketing and a tireless champion for space flight. In addition to his television work, he also gave numerous speeches to any group that would listen. I smile as I think about my high‑school physics teacher beaming with pride when he spoke of von Braun arriving in a helicopter to speak to local physics teachers about space and flying to the moon. My physics teacher could not remember the details of what von Braun spoke about, but his entrance and exit in a helicopter made a huge impression on a town of 1800 people! 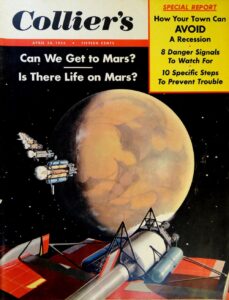 In addition to his work with Disney on animating spaceflight, he also worked with the legendary space artist Chesley Bonestell on a Collier's magazine article that people still marvel at for its visionary portrayal of spaceflight (Figure 2). He really made spaceflight seem possible.

He even tried writing a novel about spaceflight called Project Mars: A Technical Tale, which is available for free from the Internet Archive. I read the book and it was a slog. I will say it had the most mathematics of any novel I have ever read. The appendix is intimidating.

The early work of von Braun put great emphasis on a space station that rotated to create artificial gravity, which he described in detail in the Disney video shown in Figure 3. This space station concept is often referred to today as von Braun Station. In the video, he says that the space station is wheel-shaped with a 200-foot diameter and that it rotates at 3 revolutions per minute. This is enough information for us to calculate the amount of gravity that the station's occupants will experience.

We can compute the level of artificial gravity generated by the space station using the equation for centrifugal acceleration under circular motion (Equation 1).

We can compute the level of artificial gravity as shown in Figure 3. 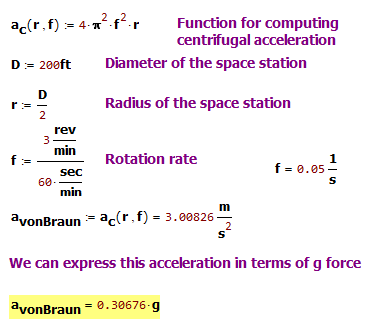 So this space station concept would generate ~30%⋅g. This level of gravity is similar to that of Mars, which has 38% of the surface gravity of Earth.

I should mention that a very limited experiment with artificial gravity was attempted with the Gemini 11 mission and the Agena docking target they were using for practice. The experiment generated only 0.0005 · g (link), but it was a successful test (note that some sources report 0.00015.· g). 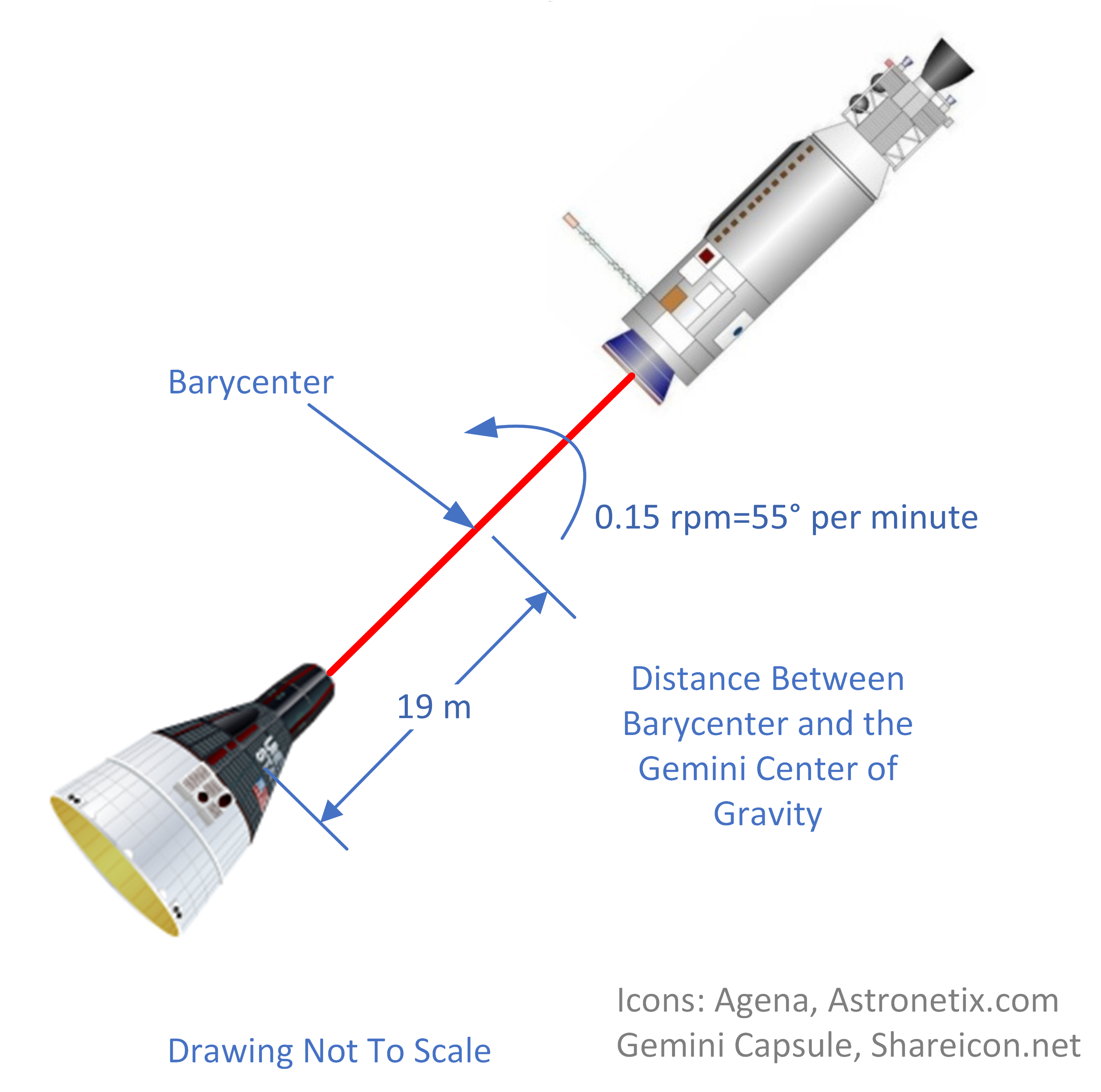 We can confirm the level of gravity generated with the calculation shown in Figure 5.

Figure 6 shows a photo of the Agena tethered to Gemini 11. 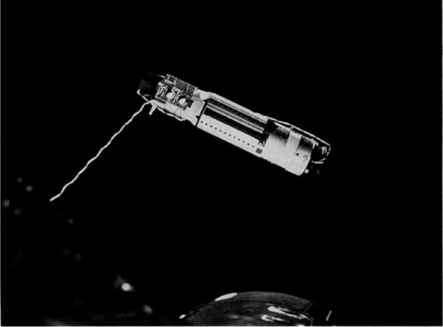