At What Fuel Tank Level Should I Refuel?

Posted on 1-February-2014 by mathscinotes

If winning isn't everything, why do they keep score? 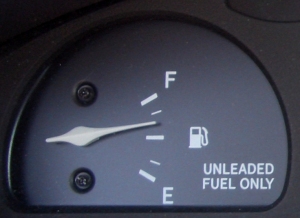 It is cold in Minnesota right now and I hear the local motorheads warning people not to run their gas tanks down to empty. During winter, I hear this warning because of concerns that water vapor in the gas tank may freeze and cause the vehicle to stop. I also hear concerns about running on a low fuel tank during the heat of summer because the fuel is need to cool the fuel pump, which is often mounted in the tank. Some folks also say that there is corrosion at the bottom of the gas tank that get sucked into the fuel pump when running the tank near empty.

The recommendation is usually that people should not let their tank go below quarter full. I don't know how serious these problems are, but they sound plausible. This rule means that you have to refuel

more than someone who lets their gas tank go all the way to empty.

A software engineer who grew up on a farm commented that his father demanded that they fill their gas tanks when the tanks got down to 1/3 of a tank. His father was concerned that there could be an accident and someone may need to be rushed to the hospital. The nearest hospital was 1/3 of a full tank away. As I understand it, his father had heard of an accident where they could not get a child to the hospital in time to save him because a vehicle had been left on empty and they could not refuel it quickly enough. His father wanted to be sure that would not happen to his family. That seemed like a good reason to keep their gas tanks relatively full.

The need to fill your gas tank sometimes looms large in history. Once of the things that contributed to the demise of the battleship Bismarck (Fig. 1) was that it had not filled its fuel tanks when it had an opportunity. There were reasons not to fill her tanks, but in hindsight they were not good reasons. 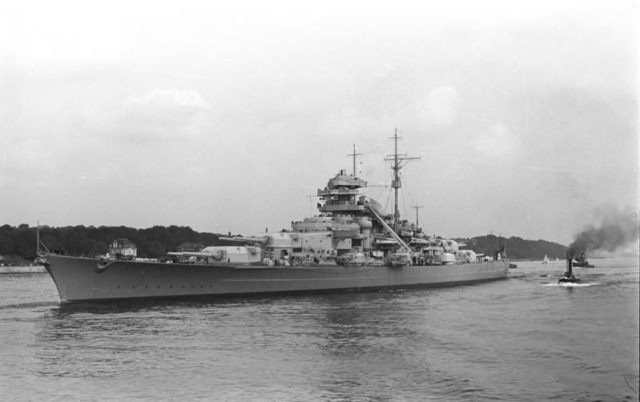 I remember reading that US Navy fighters providing air cover for aircraft carriers (Fig. 2) never let their fuel tanks run below 70% full. Their concern is readiness -- fighters burn a lot of full when they maneuver and they wanted to be sure to have plenty of fuel in the event they need to engage a foe on short notice. This means that they need to refuel very often. They takeoff with just enough fuel to get them to a tanker aircraft -- they literally refuel right after takeoff. Reducing the weight of fuel means that they can takeoff with a larger weapons load. They then have to refuel

times more often than if they run their tanks down to empty. 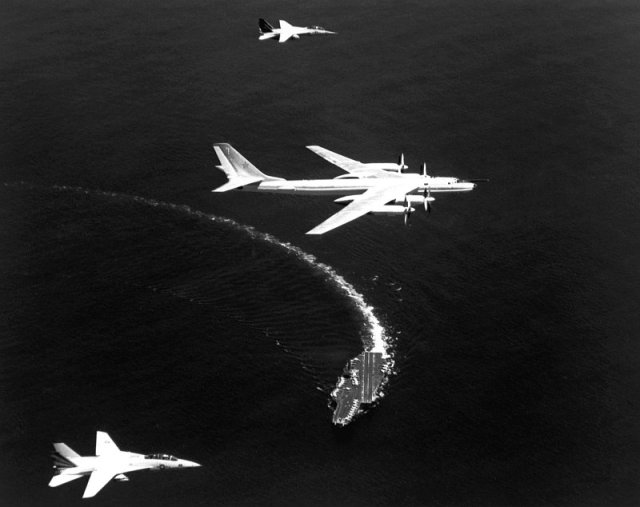 It seems like you should refuel based on the cost of needing to refuel at a bad time. If you cannot afford to refuel during an emergency, you need to keep your tank relatively full at all times. The price you pay is more frequent refueling.

This entry was posted in General Mathematics, Personal. Bookmark the permalink.

3 Responses to At What Fuel Tank Level Should I Refuel?