Continue To Be Vigilant For Lead Exposure In Children

Posted on 2-January-2016 by mathscinotes

If you've been playing poker for half-an-hour and you don't know who the patsy is – your're the patsy. 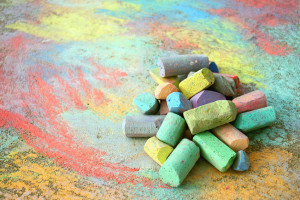 Figure 1: I See Writing Like This On Sidewalks
Near My Home All The Time (Source).

Last week, I had a conversation with a coworker about a mystery that he  recently solved that I feel is worth sharing here. He has a small daughter who was found to have high lead levels in her blood. As any good father would do, he tried to find the source of lead in his home. His home is new, so there is no lead paint in it. They tested everything that their daughter drank or ate, and they found no lead in anything – yet her blood's high lead level persisted.

As he watched his daughter play, he noticed that much of her play time involved using sidewalk chalk to make drawings on their sidewalks. He decided to have the chalk tested for lead, and the test results were positive. The paint used to color the chalk contained lead. After replacing the chalk, his daughter's lead levels reduced. The chalk was manufactured in China. I should point out that face paint from China was recently shown to have lead in it.

While this story has a happy ending, we need to maintain our vigilance about lead. While lead is not used for paint in the US, I have encountered products manufactured in other countries that still use lead-based paint. After having a few surprises myself, I now always check.

I should also mention that a number of years ago a coworker encountered lead in some painted wood blocks that were given to his children as gifts. I believe these blocks were part of this recall. This lead issue has been going on for years.

This entry was posted in Personal. Bookmark the permalink.