Posted on 20-November-2017 by mathscinotes

In the days of my youth, the trickle-down theory was called the horse and sparrow idea of economics: If you feed a horse enough oats, some of it will go through the horse and fall on the road for the sparrow.

— John Kenneth Galbraith (Post-Keynesian economist). I guess the common people are the sparrows? We get to pick through the manure? 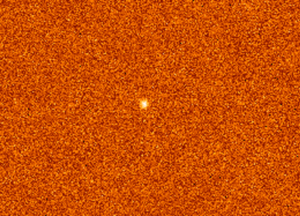 Astronomers are now working on determining if a recently discovered asteroid is an interstellar visitor. The first observations of this asteroid were made by a team of researchers at the University of Hawaii's Pan-STARRS 1 telescope on Haleakala in Hawaii (Figure 1).

The astronomers were excited when they determined the orbital parameters of the asteroid and saw that its orbit has an eccentricity of 1.2, which means that it is on a hyperbolic trajectory through the solar system. Its estimated interstellar speed is 26.3 km/s, which is also known as the hyperbolic excess velocity. Figure 2 shows how to compute this value. The links (brown color) in Figure 2 are live and lead you to explanatory web pages. 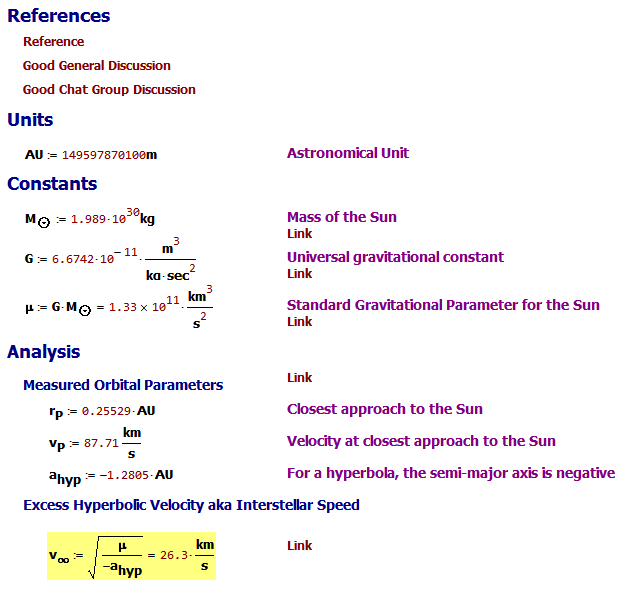 The observations showed that it was likely a reddish, low albedo object probably similar to  D-type or P-type asteroids. The Wikipedia lists the absolute magnitude of asteroid U1 as 22.08. If we assume the albedo is low (~10%) like a D or P-type asteroid, we can estimate U1's equivalent diameter using the formula from this post to be 160 meters (Figure 3). The calculation in Figure 2 agrees with the value given in the Wikipedia. 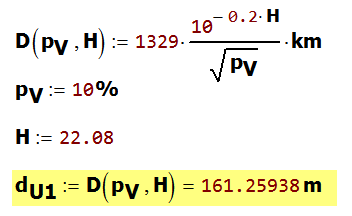 Figure 3: Estimating the Size of Asteroid U1.

The computed trajectories of asteroid A/2017 U1 show that it will pass in and out of our solar system (Figure 4).

Figure 4: Trajectory of Asteroid A/2017/ U1 Through Our Solar System. (Source)

Scientists have long speculated on the number of rogue bodies circulating between the stars – here is a list of candidate rogue planets.

One of my favorite science fiction books, When Worlds Collide, is a story written in the 1930s about a rogue planet being captured by our Sun. While the language used in the book is a bit dated, it is still popular enough that it remains in print. Hollywood made a B-movie that is loosely based on the book (Figure 5). 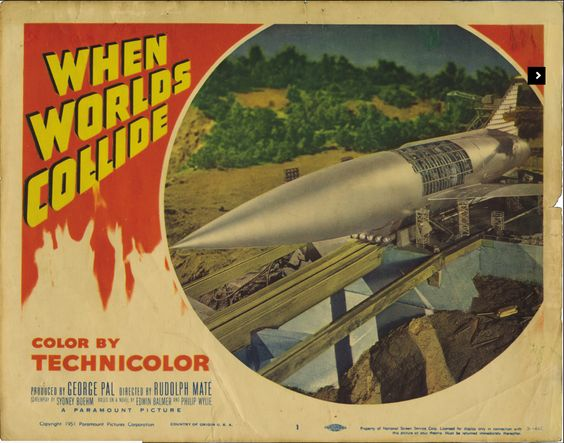 Here is an artist's conception of the asteroid's shape given recent data (Figure 6).