If you wanna hire great people and have them stay working for you, you have to let them make a lot of decisions and you have to be run by ideas, not hierarchy. The best ideas have to win, otherwise good people don't stay. 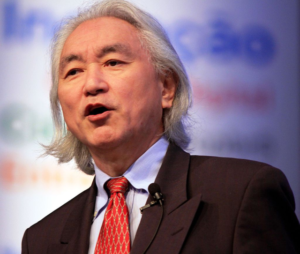 I was watching physicist Michio Kaku on CSPAN last Sunday night talking about his new book The Future of Humanity. I like watching authors speak on CSPAN because they provide an extended interview format for authors. In this interview, the interviewer Brian Lamb mentioned a factoid as part of a question that I thought was worth investigating.

You say in your book that 544 humans who have been in space and that 18 of those have died. What do those numbers mean to you?

The Wikipedia has a page that contains a comprehensive list of the people who have been in space. Using Power Query, I downloaded this list, did some routine data clean up, and generated the data summary shown in Table 1. As of this date, 558 people have gone into space. You can see that the US has put the most people into space, which is most likely because the space shuttle could carry more people than the Soyuz spacecraft.

The Wikipedia also has a page with a list of those who have died on space missions, not all of which reached space. As with Table 1, I downloaded the data, cleaned it up, and generated Tables 2 and 3. Table 2 contains the name of those who died going on space missions, and Table 3 shows the number of space fatalities by vehicle. For those who are interested, my Excel workbook and data are here.

As an aside, I watched a TV show years ago that was hosted by Dr. Kaku in which he was the guest of a US Army unit. The US Army drafted Dr. Kaku during the Vietnam War, which ended before he completed his infantry training. During his stay with this unit, he demonstrated some physics while wearing a US Army uniform. You could tell that both Dr. Kaku and the soldiers enjoyed his visit. He seems like a good man.