Tensions and Angles in a Simple Rope Rigging

Posted on 14-November-2018 by mathscinotes

Once you get to earth orbit, you’re halfway to anywhere in the solar system. 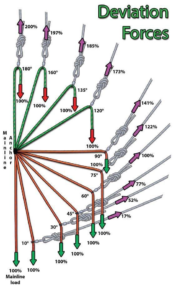 I have been tutoring math and physics at the local library for the last few months. As part of this tutoring, I have been looking for good graphics that illustrate basic science concepts. One common high-school physics problem involves computing the tension in ropes tied to an anchor by a pulley. Figure 1 is a graphic that nicely illustrates the tension between two ropes connected to an anchor point by a carabiner.

In this post, I will show how to derive a couple of formulas for the various angles and forces shown in Figure 1. The derivation assumes that there is no friction associated with the carabiner, which is not true. This idealization would be better if the carabiner was replaced with a pulley.

I find infographics like this useful because I frequently use ropes, pulleys, and winches at my cabin to perform tasks like removing tree stumps, pulling docks out of the water, and helping folks whose cars are stuck in the mud.

Figure 2 shows a free body diagram of the rigging and my derivation of the angles and forces involved. 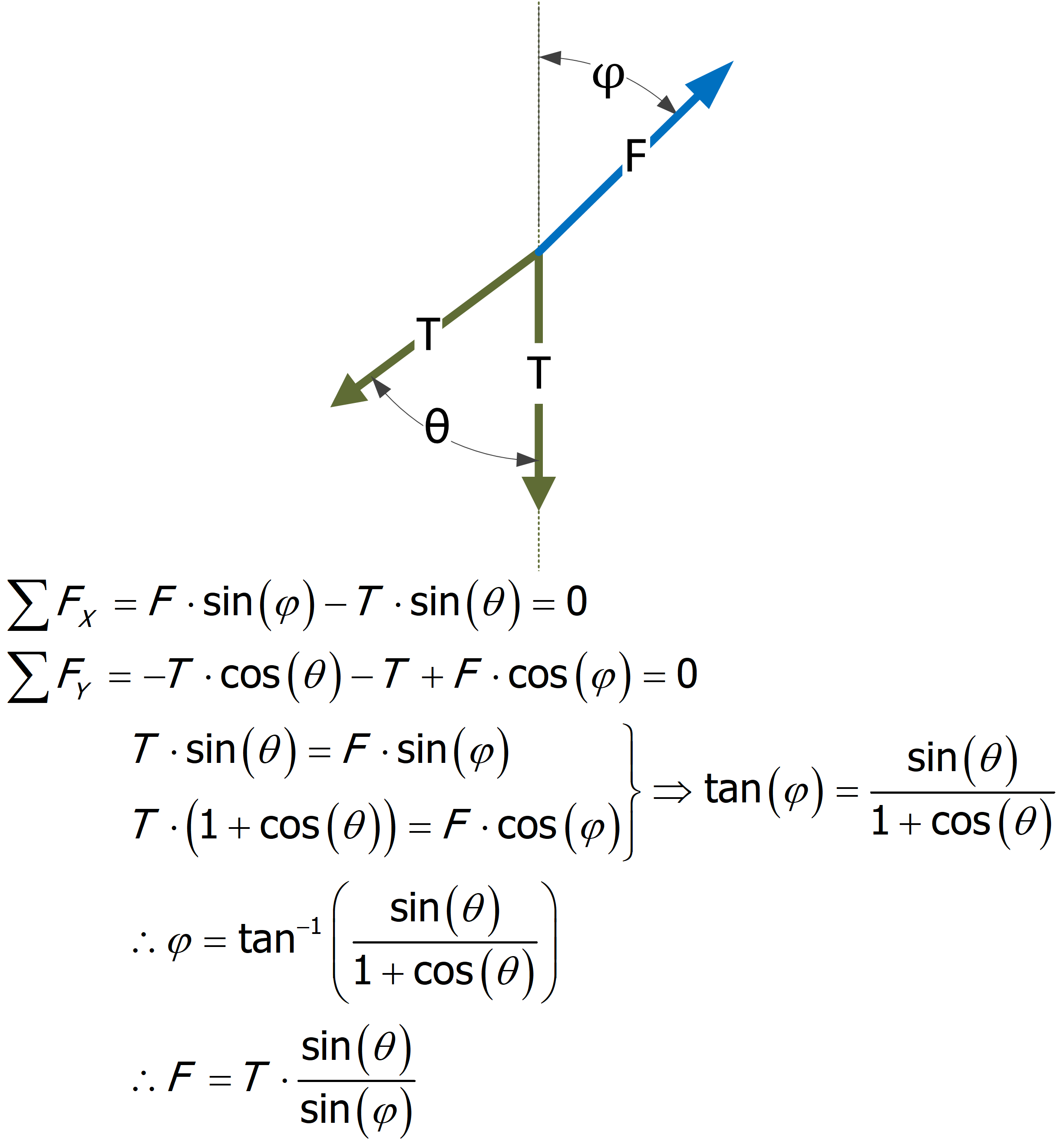 In Figure 2, I derived $latex F=T\cdot \frac{{\sin \left( \theta \right)}}{{\sin \left( \varphi \right)}}$. This equation is not defined when φ = 0. You can circumvent this discontinuity using one of three techniques: 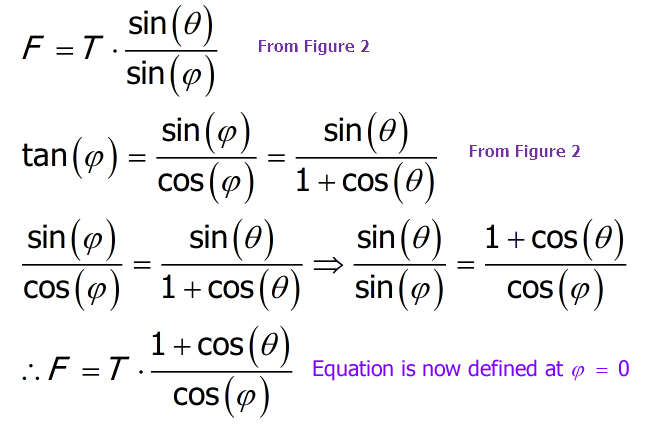 Figure 4: Derivation of Alternate Solution without a Discontinuity at φ =0. 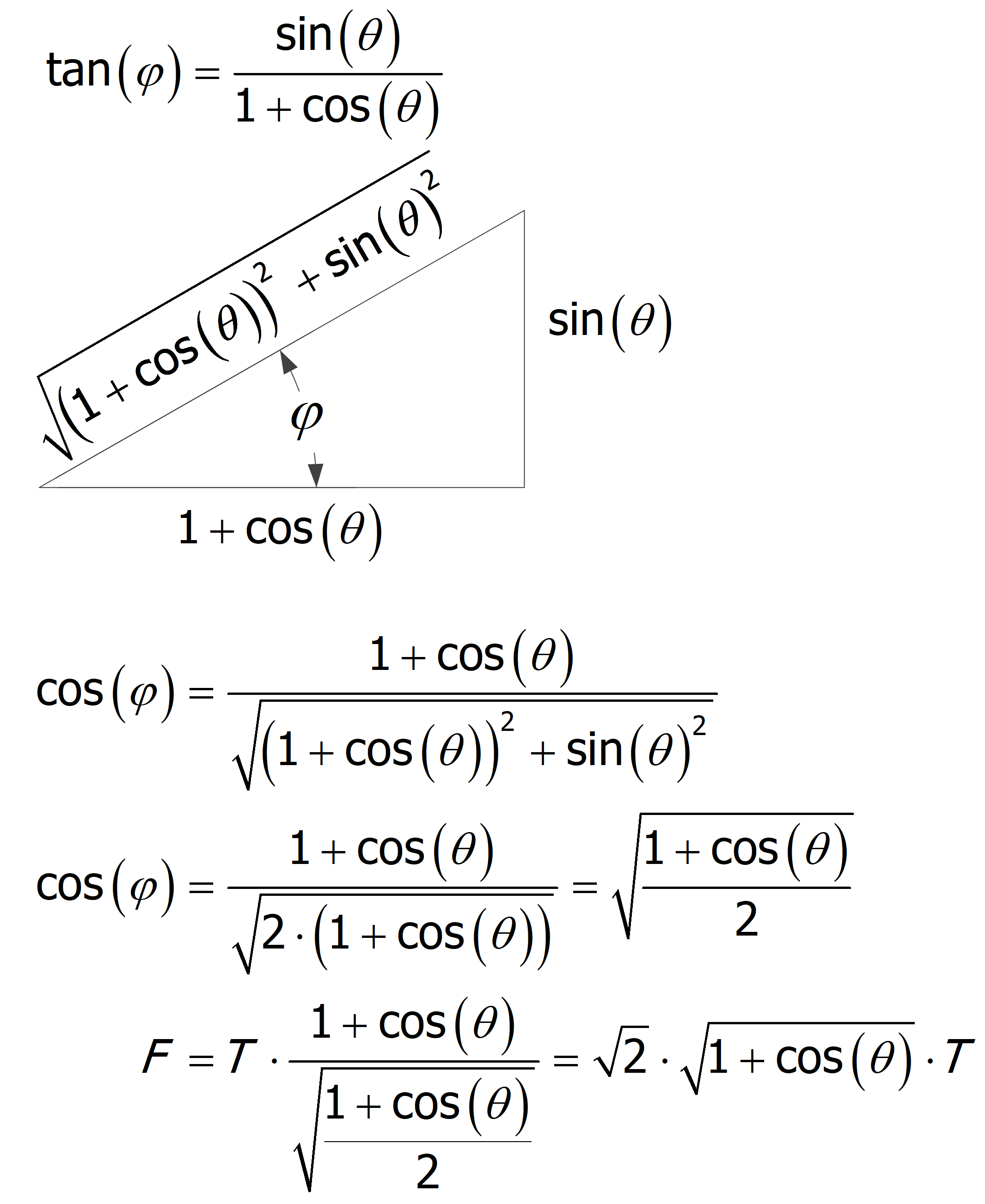 This entry was posted in Cabin, Construction, Daily Math. Bookmark the permalink.

15 Responses to Tensions and Angles in a Simple Rope Rigging