Compensating GPS Clocks for the Effects of Relativity

Posted on 1-June-2015 by mathscinotes

What you are will show in what you do. 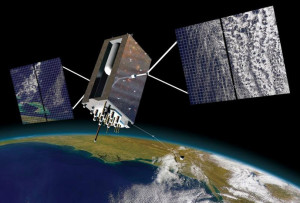 Figure 1: Block 3 GPS Satellite. These satellites
have changed many aspects of our lives,
everything from land surveying to car driving
and flying airplanes (Source).

I occasionally read articles on Stumbleupon and I came across an interesting article called "8 shocking things we learned from Stephen Hawking's book" – the book they are referring to is called The Grand Design. I personally would not call the statements in the article shocking, but that is just my opinion.

However, there were two factoids that I thought were interesting and I would write posts about. This post will be about the following statement on relativity and the GPS system (Figure 1).

If general relativity were not taken into account in GPS satellite navigation systems, errors in global positions would accumulate at a rate of about ten kilometers each day.

I read a paper quite a while ago on the topic and I recalled that there is ~14 kilometer per day error due to general relativity effects, and ~2 km per day of error in the opposite direction for special relativity, for a total error of ~12 km per day. So I thought I would work through the math behind these effects and present the results here.

If you are looking for more background on GPS errors, the Wikipedia as a very good article on the magnitude of the relativistic errors in GPS on this page. My approach here will be to work through the equations and material shown in Figure 2 of this post, which presents a slightly different viewpoint on the same material. Figure 2 contains an equation for computing the frequency shift due to general relativity that I have not worked with before and I will derive it as part of my work here.

Figure 2 shows an infographic from Hugo Fruehauf, one of the key GPS developers. In this graphic, he mentions a daily timing correction of 38.6 µsec for relativistic effects. When I heard this timing correction, I quickly multiplied it by the speed of light to get the equivalent distance error (Equation 1). 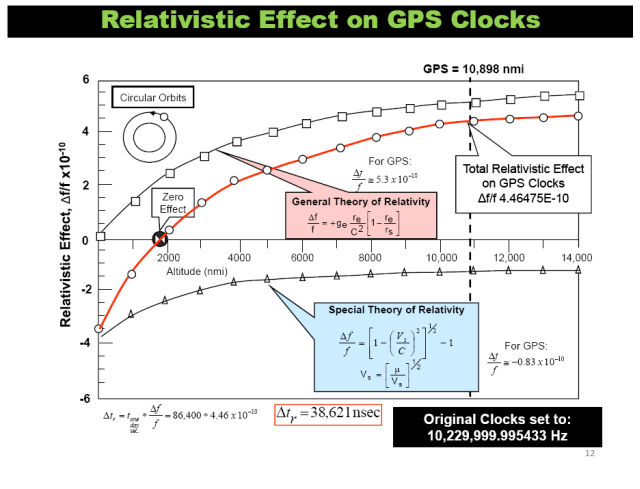 Figure 2: Infographic from a Presentation I Saw on GPS.

While the GPS clock is in orbit, we will need to know its period as measured from the Earth. However, the the influence of gravity will cause the apparent clock period to change when it moves from the Earth into orbit. We can compute the clock period shift due to the effects of general relativity by using Equation 2 and working with the differences in the clock periods at the radii of the Earth's surface and the satellite's orbit.

Figure 3 shows my derivation of a formula for the percentage frequency shift due to the effects of general relativity. My results agree with those shown in Figure 2. 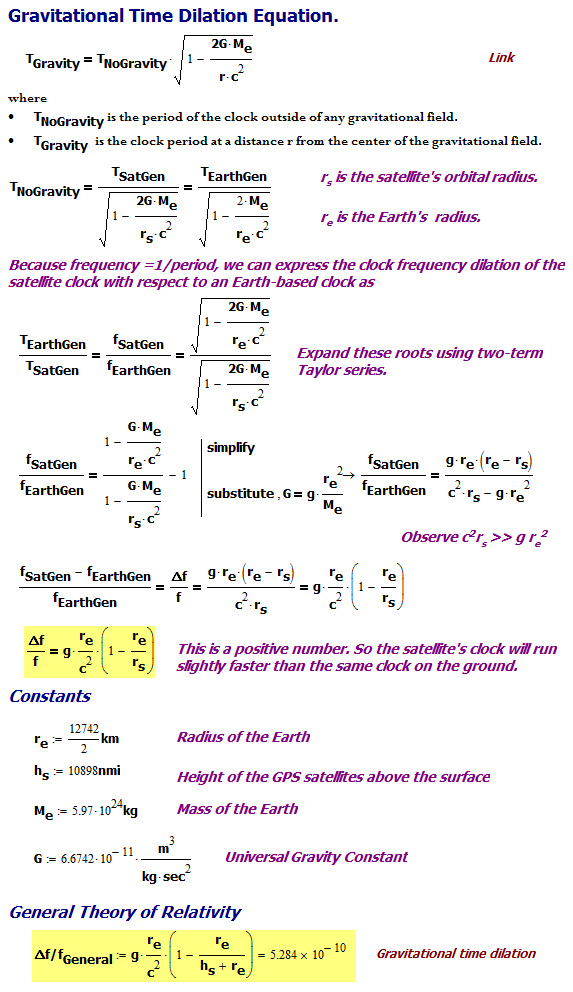 Figure 4 shows my derivation of the formulas and results for the percentage clock  frequency change caused by the effects of special relativity. My results agree with those shown in Figure 2. 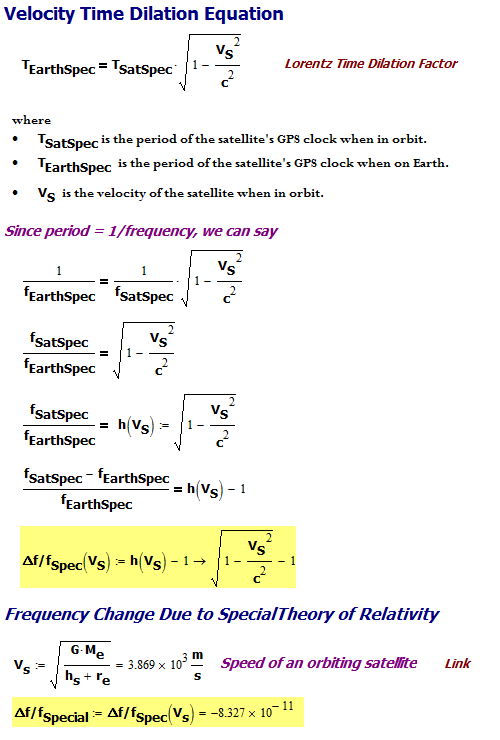 Figure 4: Derivation of Percentage Frequency Change Due to Special Relativity.

Figure 5 shows the combined frequency error effects of general and special relativity and how they result in a distance error of about ~12 km per day. 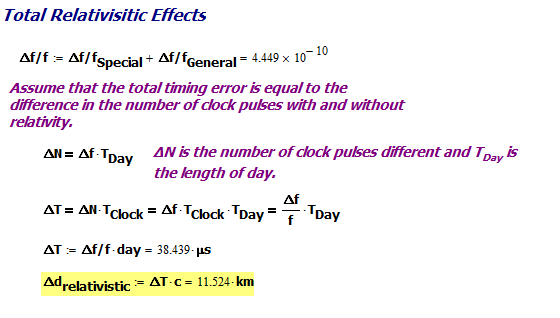 I was able to show that the combined effects of general and special relativity produce ~12 km worth of distance error per day into the GPS system that must be accounted for. This agrees with the quote from the Stumbleupon article.

For a very good history of the GPS program, see this document.

This entry was posted in Navigation. Bookmark the permalink.

5 Responses to Compensating GPS Clocks for the Effects of Relativity