Challenge of Viewing an Earth-Sized Planet

Posted on 18-February-2016 by mathscinotes

— Actual conversation between my mother and one of my brothers on his lifestyle while at university. 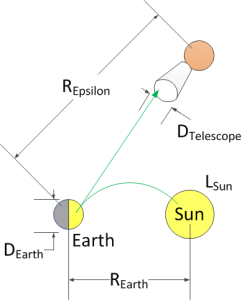 Figure 1: Geometry of the Observing
Earth From Epsilon Eridani.

I listen to audio books during my nightly walks around a local lake. My current selection, Searching for Exoplanets, is one of the best audiobooks I have listened to. The book consists of a series lectures on the state of the search for exoplanets by MIT Professor Joshua Winn. The lectures provide an excellent summary of how astronomers are using remarkably sensitive methods for indirectly detecting the presence of exoplanets circling remote stars.

The technology for studying exoplanets is still in its infancy, and we are years away from directly seeing the light from an Earth-like planet – the Holy Grail of exoplanet research. However, Professor Winn does include a lecture on imaging exoplanets.  He frames the problem of imaging an exoplanet in terms of the difficulty that an astronomer on an exoplanet would have imaging the Earth. Here is a quote from lecture 20.

For the moment, our goal is to see an exoplanetary system as a series of dots surrounding a star.... The first problem is that planets are very faint. If we were looking at the Earth with a 1 meter telescope from 10 light-years away, say we're astronomers on a planet around Epsilon Eridani, then Earth would deliver fewer than one photon per second to our detector.

My objective in this post is to verify his statement that fewer than one photon per second will be seen by a person trying to observe Earth from Epsilon Eridani. I am treating this as a Fermi problem and all my work will be approximate.

This is a routine calculation. The key concepts to keep in mind are:

Figure 1 shows the basic geometry of the observing situation. Figure 2 shows my calculations for replicating the estimate for the number of photons from Earth that would be observable by an astronomer in the Epsilon Eridani system. I compute 0.9 photons per second, which agrees with Professor Winn's statement of less than 1 photon per second. 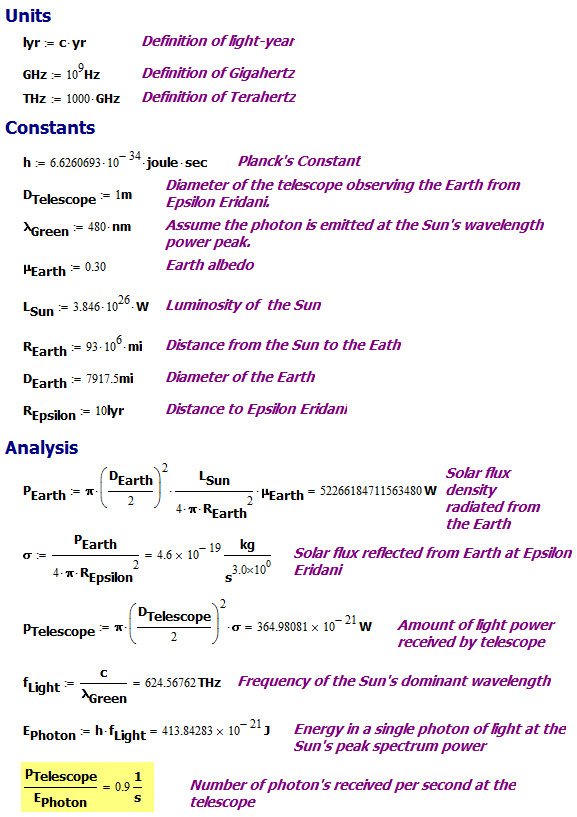 Figure 2: Photons Per Second When A Remote Observer Attempts to View Earth.

I was able to duplicate Professor Winn's estimate with little effort. This example does a good job of showing why astronomers want to build large aperture telescope – they need all the light they can get to drive instruments like spectroscopes and coronagraphs. You can also see that we are a long way from imaging even a relatively close exoplanet.

1 Response to Challenge of Viewing an Earth-Sized Planet