Posted on 22-September-2017 by mathscinotes

At least you figured it out. My first two husbands never did.

— Female employee told me this after I mentioned that my wife's nickname for me was "The Paycheck" – this nickname was a joke between my wife and me. 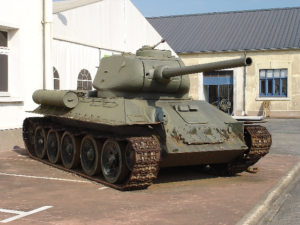 Figure 1: Soviet T34/85 Medium Tank.
The capabilities of this tank and its predecessor
(T34/76) shocked the Panzers.  (Source)

I occasionally watch WW2 documentaries on television, and one of these programs provided a bit of history on the Battle of Kursk. This battle may have been the greatest clash of armored forces in history. The coverage highlighted the role of medium tanks, like the Soviet T34 (Figure 1) and the German Panzer Mk V (aka Panther [Figure 2]), and heavy tanks, like the German Panzer Mk VI (aka Tiger I). One of the themes of the documentary was the massive size of Soviet armored forces compared to their German opponents. This discussion piqued my curiosity about the number of tanks produced by the major combatants.

I performed a quick web search and soon found that Wikipedia has data for the Soviet, German, and American armor production in an odd, but usable form. The articles had all the data I wanted but in separate tables that would need to be cleaned up separately, consolidated, and then turned into pivot tables. I very much wanted to include UK tank data, but what I found had a weird format and decided to skip including it. 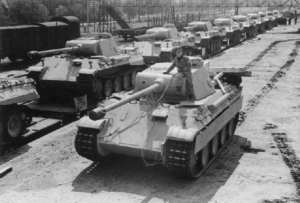 My interest in the mix of tank weights is driven by the first-person accounts I have read from US veterans that show great concern about encountering heavy tanks, like Tiger Is and Tiger IIs. In the case of the US, the armor philosophy was focused on medium tanks, specifically the M4 Sherman. The lone US heavy tank, the M26 Pershing, was not deployed until late in the war. This decision is a major topic of discussion even today with some first-person accounts referring to the Sherman tank as a deathtrap. Opposing arguments are that the Sherman was not that bad (particularly the Easy 8 and Firefly variants) and that quantity has a quality all its own. There is some empirical support for this position.

I have to mention that making direct comparisons of armor effectiveness is difficult because training and operational tactics are critical to achieving good field performance.

Figure 3: German, Soviet, and US Armor Production in WW2.

While the table contains all the data available, it is a difficult format for people to interpret quickly. We need to find a graphical way to present the data. 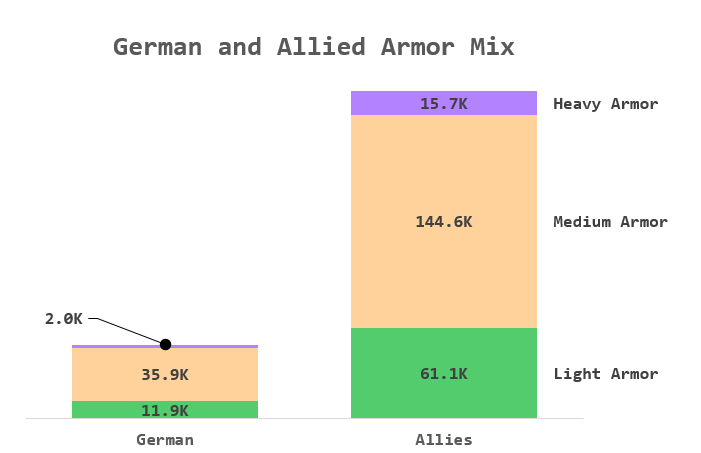 Figure 5 shows how US and Soviet production compared. The Soviets outproduced the US in total numbers, particularly in heavy armor. 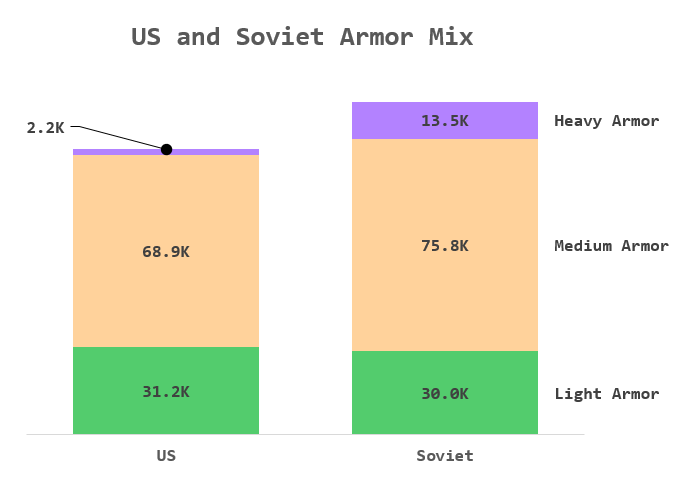 Figure 5: Soviet vs US Armor Production.

Here is how I interpret this data:

For those who are interested, my workbook is here.

The Allied strategy of using massive numbers of medium-quality tanks proved effective against the German army. As Stalin used to say, "Quantity has a quality all its own."

I should mention that much has been written about the shortcomings of the tank guns of the US and UK when engaging Tigers and Panthers – particularly with respect to the M4 Sherman's 75 mm gun. The Allies did have some tank-mounted guns that were effective. For example, The British 17 pdr was superb, especially when used with APDS ammunition. However, this ammunition came rather late, was rather inaccurate because of sabot separation issues, and was in short supply during WW2. Also, a small number of up-armored Shermans (M4A3E2, 42 tons) were made available in late 1944. These Shermans had armor comparable to a Tiger I.

Figure 6: Tiger Killed By Sherman Firefly, which carried a 17 pdr
(76.2 mm) anti-tank gun that could fire an APDS projectile. This Tiger
was commanded by Michael Wittmann, a Panzer ace (Source).

Figure 7 shows a 17 pdr anti-tank round embedded in Tiger I armor. 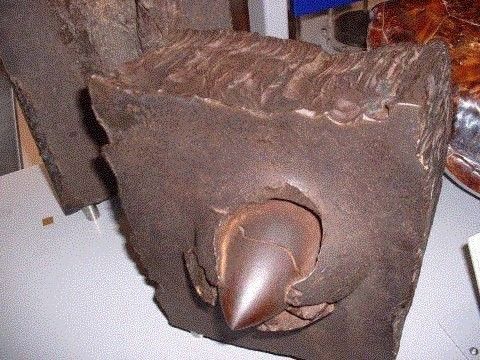 Figure 7: 17 pdr Anti-Tank Round Embedded in Tiger I Armor. (Source)

Tank doctrine was an issue for the US Army because they focused on using tanks to support infantry and tank destroyers were to be used against tanks. The M4 Sherman was excellent in an infantry support role, and the Tank Destroyer M36's 90 mm gun was capable of stopping German heavy armor. However, the tank destroyer concept overall was a failure as German tanks had a habit of attacking where you did not expect – many M4 Sherman's ended up battling German heavy tanks that they were not designed to fight. The US did eventually mount a high-velocity 76 mm guns in the Sherman, which improved the situation, but this came too late for many crews.

In Figure 8, I show some data on which US manufacturers produced the M4 Sherman during WW2 (Source). Chrysler and GM were the dominant producers, but the railroad equipment manufacturers also contributed significantly.

I should mention that the total number of M4's shown in Figure 7 is different by ~400 units than is shown in my spreadsheet. There are two reasons: (1) Figure 7 includes 188 units produced in Canada, and (2) there seem to be small discrepancies between different WW2 databases for which I can find no reason.

This entry was posted in Excel, History Through Spreadsheets, Military History. Bookmark the permalink.