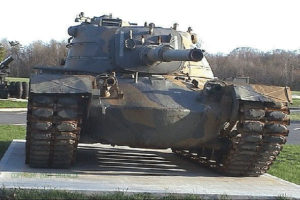 I have been reading some military history on tank operations during the WW2 and the subject of the ground pressure exerted by the tank's tracks has figured prominently in the discussions on the Eastern Front. The T34/85 was mentioned as a particularly mobile tank because of its low ground pressure. Since I am working diligently on improving my web scraping skills, I decided to generate a short table of the ground pressures of some famous tanks.

Since most WW2 tanks were much lighter than modern tanks, I thought I was going to see a major difference in the ground pressures exerted by the tracks. It turns out that all the tanks I examined exert ground pressures in the range of 10 lbf/in2 to 16 lbf/in2. To make these numbers meaningful, you should compare them to something you see in everyday life. Consider the examples shown in Figure 2. 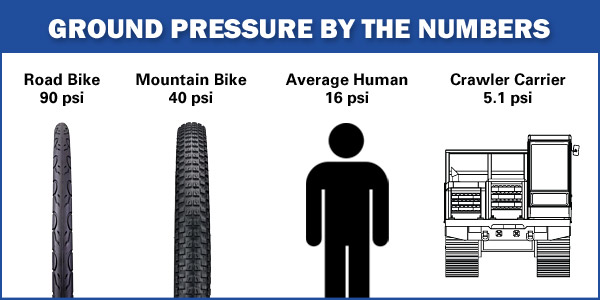 So most tanks exert somewhat less ground pressure than people.

Track Ground Contact Length (lGC)
The area of the track in contact with the ground at any time.
Track Width (w)
Track width is simply the width of the track. You do need to be a bit careful though because most tanks have two types of track: (1) a narrow track used when being transported, and (2) a wider track used for combat. For this exercise here, I am only interested in the combat track width.
Ground Pressure (PGC)
The pressure exerted by the tank track on the ground. It is computed using the formula $latex p_{GC}=\frac{W_{Tank}}{{2\cdot {{l}_{{GC}}}\cdot w}}&s=-2$.

Table 1 shows the results of my web scraping and simple calculations. It looks like the Tiger 1 and M1A1 have the highest ground pressure of the tanks I examined. The T34/85 had very low ground pressure, which historians often cite as numerical support for their claims of its excellent mobility.

It certainly does look like the T34/85 had excellent ground pressure numbers. When you are battling winter and mud along with an adversary, I can see where this metric could tip the balance.

This entry was posted in Military History. Bookmark the permalink.