Posted on 16-January-2021 by mathscinotes

Y2K was 21 years ago. Looking back, I think the only thing we learned is that if a bunch people work really hard to stop a problem from happening, lots of other people will assume it was never really a problem.

— Steve Lieber. I have seen many people work hard to ensure problems would never occur. This effort was never appreciated. I have also watched people who created problems win awards for fixing the problems they created. Very strange organizational behavior. 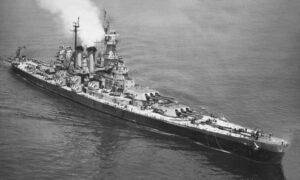 Figure 1: USS North Carolina, my choice for the most beautiful of the US battleships. (Wikipedia)

In this post, I will examine the fuel consumption of the three most modern battleship classes that the US deployed during WW2:  North Carolina,  South Dakota, and Iowa. The data is scraped from the Hyperwar website, which is one of my favorite targets for data extraction. In this case, the Hyperwar page contains a set of tables from the US Navy document FTP 218: War Service Fuel Consumption of US Navy Surface Vessels.

The fuel consumption (gallons/hr ) for a ship is a highly non-linear function of speed (knots), as my graphs will show. I also estimate each ship's running time as a function of speed using their rated fuel capacity, which is called radius oil that is the sum of the fuel oil and diesel capacities.

US WW2 Battleships By Name

There were 18 battleships in US Navy service on the morning of 7-Dec-1941. All were WW1-era ships, except for the 2 North Carolina class ships that were just entering service. After Pearl Harbor, 8 of these ships were damaged with 6 returned to service after months of repair and refit. The battleships in service immediately after Pearl Harbor bore the brunt of the fighting, both in the Atlantic and Pacific, until newer ships were completed. 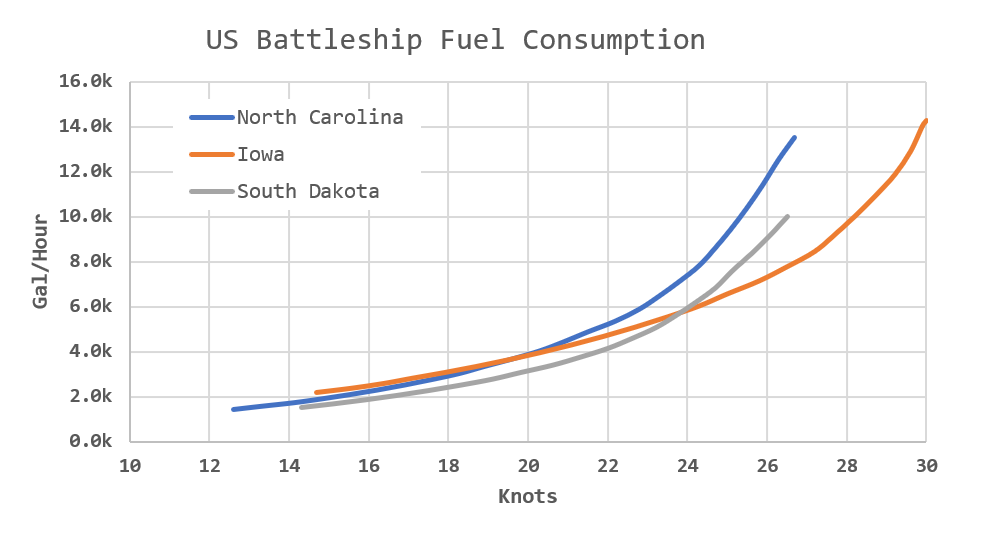 Knowing a ship's fuel consumption as a function of speed and its fuel capacity, we can compute its sailing time before running out of fuel (Table 3). Ships normally would refuel their tanks regularly to ensure that they always had enough fuel to handle foreseeable needs (link). When they didn't, problems occurred (see discussion of Bismarck's fuel issues).

It is hard to imagine ships that consume 9000+ gallons of fuel per hour. It is also impressive how fuel-efficient the USS Iowa as compared to the earlier classes.

We are fortunate that the US was able to to keep 9 battleships as museums ships:

I hope to see them all in the next few years.

This entry was posted in History Through Spreadsheets, Military History, Naval History. Bookmark the permalink.

3 Responses to US Battleship Fuel Usage